I have had my 2007 Chrysler Sebring Touring for a little over a year now and I
haven't had any problems with it until now. I was driving my car and everything
seemed good and then I parked it for the night. The next day it would not start.
It cranks, but won't turn over. A mechanic came to look at it and said it was
the camshaft position sensor, but later I found that the spot he was looking at
was the oil temperature sensor. Seeing that the part was broken I replaced it,
but it is still doing the same thing. It sounds like it wants to start, but it won't
turn over. The battery sounds good, it isn't the fuel pump, the car has gas, I
recently had an oil change so I don't think it's that. From what I can see
nothing else is broken. Any ideas on what it could be? I attached a picture of
what was replaced. 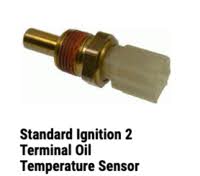