My car won't start after I put gas in it.

My car runs fine normally with no issues stalling or killing the motor.  When I need to put gas in my car it will not start.  I have to crank the motor until it starts but it will stall immediately unless I put my foot on the gas pedal and hold it there.  I need to put my foot on the gas and brake to put it into gear while continuoulsly revving the motor.  After about one block it will run fine.  We have replaced the fuel pump, fuel pressure regulartor, and the crank shaft sensor.  We also did a tune up with new plugs, wires, air filter and such.  Do you have any idea what else it could be?

G A answered 6 years ago

Did the station give you fuel or water?

The purge valve on the emission canister is stuck open allowing gas from the tank to flood the engine when refilling!

I have the same issue and I have a 2004 Sonata as well. I am looking for a solution. I have changed the gas cap, replaced the fuel regulator, did a tune up as well. Taking it back in on Tuesday to see what they think but I think they are baffled to because my car starts every other time but when I get gas.

Thank you so much! After replacing almost everything fuel related...it was the purge valve! I am one happy lady now!

This was so true..... my car was hard to start after getting gas, I had the purge valve changed after reading this and it's now working great!!! Thank you for posting it! One happy lady! *******

I change the alternator and the valve cover gasket on a hyundai sonata 2006 3.3 it cranks but it won't start can I get some help please

I cannot describe how grateful I am to have found this site. I, too, was having the same exact problem with my 2004 Hyundai Sonata. One day, out of the blue, I filled the gas tank, and the car stalled as though it were flooded. After a while, it "corrected" itself and started again. I, immediately, took it to Sears Automotive. The mechanics couldn't find a thing wrong with it. I thought it was a fluke. No problems until a week later when I, again, filled my tank. Same thing happened. Decided to Google the problem before going any further, and found this feed. Other people's descriptions of their problem read as though they had been sitting in my car with me. I ordered the purge valve, and my dad looked online at Youtube on how to install it. $36.00 later -- my car is working well again. My dad installed the new part today and I immediately went to put gas in my car with no problems. I am so extremely thankful.

The purge valve in near the firewall. On my 2002 Hyundai Sonata, it is right behind the throttle body on the passenger side. It is black and attached is a URL of the general location depending on your car. http://i.fixya.net/uploads/images/f07dd68.png

You have a blown fuse mine did that too

I am getting my car repaired right now for the same issue. The mechanic told me that the canister purge valve is stuck open and has to be replaced (after their diagnostic test). Under $200 for me. 06 Saturn Ion.

I have the same problem whit a hyundai santa fe 2003 uffff help please.

Same problem...real hard to start was the only thing. A code came up for the crank positioning sensor...replacd it, didn't have any effect on the problem. From the answers here I took a shot and replaced the solenoid evap purge valve,problem solved!!! ALLRIGHT!!!! Thank you guys!

Your very welcome. I do 99.9% work on my vehicles. In rare cases I find someone to do it cheap and right. Google is my best fried besides my intellect. Anytime I can help I am here.

Hi guys, I seem to have the same issue with my 2004 Sonata. Is this something that will affect my Motor Vehicle inspection? My inspection is do, there is no check engine light on, no codes present but the overall readiness of the car still fails... Neither my mechanic nor I have any idea as to what in the world is wrong with my car.

Jeanette, I doubt it will. California does a smog inspection every 2 years and if your check engine light is on then its an automatic fail. They are checking for how much emissions comes out of your cars system. If you are really worried I would just have a friend or husband/boyfriend buy the part off Amazon from the link I shared in a previous post and look here for the location and how to change it out: https://www.youtube.com/watch?v=zn9K2b5Zy5E Hope this helped you out. It is super super simple to swap out.

I have changed the dreaded purge valve and still have the hard start problem only on refueling on my 2007 Toyota RAV4; 6 cyl Am I the only one left with this problem? 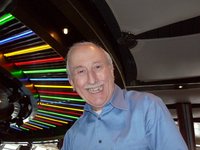 My mechanic said this caused by low octane gas! I filled-up with 90 octane, gas problem solved.It is worth the extra few pennies.

Thank you! I changed the purge valve on my wife's 2005 Hyunda Sonata after finding this and the starting problem after putting gas in it is fixed!

I've been driving my dad's Hyundai Sonata (not sure on year) and it has the same problem where it won't start after I fill it with gas, unless I pump the gas pedal. I haven't replaced the purge valve yet. But I was curious the purge valve being stuck open could cause other problems. Today I was driving and when I applied the break, it kept rolling even when I had the brake fully applied and kind of slowed to a stop. I was at a stop sign and when I started driving again, the car just died in the middle of the intersection. I tried to turn it off and start it again and it made a loud noise and wouldn't turn over. Could this be related to the purge valve, or something completely different?

I am here for the same issue. My car will run fine until I am fueling up. I am at the gas station cranking. Weird. I drive a 2007 Audi.

I'm so glad that I found this page! I got this problem on my 2008 Audi A4 from last year and it got solved after changing purge valve finally!

Hello. If I google the part for my 2008 Volvo XC90 it looks like eBay offers the vapor canister purge valve. Some have tubes or hoses and some don't. Do I need the part with tubes? Thank you!!!

Alright. Had this problem and was so hopeful after talking to Mechanics and reading many online articles about the purge valve, my mechanic was already doing my oil change and a couple of small things so I got my purge valve replaced at the same time. Went and got gas and was super disappointed to find out this did not solve the problem. Getting tired of making sure my gas station has a "runway" so once I get it in started and in gear it won't die again. HELP! Thanks.

I have the same problem with my Hyundai Elentra. I tried the fuel cleaner but nothing has changed

So the answer to the mystery is: DON'T USE GAS WITH ETHANOL. LOOK FOR GAS THAT SAYS "CONTAINS NO ETHANOL" I just moved to NY and my 2007 X3 started to have difficulty starting after filling up with gas. I used the same style gas station and could not figure out why. Then one day I filled up my tank at a different gas station and the car started up just fine. I didn't have to pump the gas pedal. I looked into what kind of gas I was using and found out that the gas that I was using before I moved to NY your did not have Ethanol and the gas I filled up with in NY had Ethanol. I just happened to use gas from Stewart's Shops on this one occasion and that is the gas that help my car start up fine. So, I found out there are gas stations with Ethanol (bad) gas and there are gas stations that did not have Ethanol in their gas in New York. I never really considered where I get my gas usually because I thought gas was mostly the same but now I realized that my car likes non Ethanol gas and it will have difficulty starting if I do. When you get to the gas station, just look at the pump. There is usually a large label on the pump saying either "Contains Less than 10% Ethanol" or "Contains no Ethanol". Look for the later and you should not have any problem starting. I made sure to consume as much of the bad gas in my tank as possible before filling up. I also downloaded an app on my phone that tells me all the Ethanol free gas stations in area so I don't make that mistake again.

I love this site! I am so grateful for all the answers!!!!

I have a problem with my 2004 v6. Sonata stating after getting gas .I just replaced the purge valve and gassed up. How long does it take to notice the results? Thanks, Al. Myers

G A answered 2 years ago

If that was the problem the results would be immediately noticeable

Yoderk answered about a year ago

Can someone share the link for the purge valve that was bought on amazon? There are a couple of different choices and I don’t want to buy the wrong thing!

Claire answered about a year ago

Having same issue on my 2002 Sonata LX. Same repairs too. We cant get it to pass smog and we have done all the recommended driving patterns to have the computer pass all tests. I believe it's a problem with the catalytic converter. I an not putting one more penny into this car. Bought it brand new and have always had issues with the electrical. Dont know how many tail lights I have had to replace. The headlights too. Whoever designed the placement of the headlights needs their butt kicked. It is a serious design flaw.

Looking for a Used Sonata in your area?