Son said the oil light would occasionally flash.  He checked the oil and it was ok.  Two days later it was driving horribly, he was just pulling into our driveway.  Something popped, a spark/flame flashed from under car, near tire on passenger's side and a puff of smoke came out.  See pic.  The car completely died.  Looking under the hood it had spewed oil and also leaked oil underneath.   It will not turn over, no click, nothing.  Is it seized up??  Hoping it's something that can be fixed. 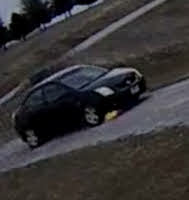 G A answered 10 months ago

Most likely threw a rod through the block. If that has happened then the only repair is to replace the entire engine.