Excessive gas consumption or just me?

I have a new to me 2010 Buick Lucerne CX 6
cylinder.  It’s been taken care of very well it
looks detailed even though it wasn’t.  An
elderly couple owned it before me and was
traded in to a dealer where my friend from
High school works.  His aunt and uncle traded
it in and he immediately contacted me since
my budget was pretty low (4K)

At first I thought I was crazy but it has a 18.5
gallon tank.  I got gas one day ago I’ve driven
39.4 miles (mainly back roads, some highway)
and somehow I’m a little above a quarter tank
and fuel range of 223 miles.    Average fuel
economy is showing 22.2 mpg

Granted I’ve driven cobalts civics and one
Jeep up until now and I know there’s
differences but I don’t ever recall getting this
bad of gas mileage.

I’m using regular 87 just had a synthetic oil
change.  Is this normal or could something be
wrong?

Also- after my oil change less than one week
ago it says my oil life is 88% and there are no
leaks.  Something seems off.  Thanks so
much for any insight!

F_O_R answered about a month ago

I would smell the oil to see if it has gasoline in it. Do an actual fuel economy test rather than relying on gauges. Fill it up, write down the miles, drive it and then fill it again and write down the gallons and miles. Calculate the economy by dividing the miles you drove by the gallons it took to fill it the second time.

F_O_R answered about a month ago 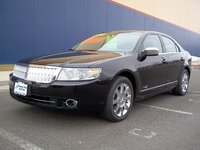 Looking for a Used Lucerne in your area?