I recently bought a 2002 audi tt from a used car dealer, and had a few issues with the
fuel gauge. After taking it in, they replaced the instrument panel to try and fix the
problem, as well as the fuel gauge sensor. Everything went well for awhile, but after a
little while, the RPM meter would fluctuate rapidly or quit working randomly while
driving. Then, the oil light sensor came on and told me to check my oil levels. However,
my oil levels were fine every time that this happened. Recently I was driving down the
highway, and both things started to happen again. I tried to ignore it, but eventually the
whole instrument panel malfunctioned. The RPMs and Speedometer shot all the way
up, the middle panel went completely red, and I had to pull over and stop. Again, I
checked my oil levels and they were fine (I had just had an oil change). So, I tried to
start my car again. However, the immobilizer light came on saying I was using a
duplicate key and my car wouldn't start. This is the only key that I have to the car. We
tried to reprogram the key, but this didn't work. Does anyone know what may be the
problem? We're trying to replace the instrument panel AGAIN and the mechanic said it
could be the wiring harness. Is this accurate?

it is the MAIN ground connection to the chassis ground....the battery cable BLACK...the lug end what attaches to the chassis...wirebrush this one removing all corrosion from the lug and the frame there where it attaches...get a NEW battery and it will all come back to normal~

the Relay panel and Fuse box needs to see 12.5 volts with at least twenty CLEAN amps to work with...a NEW battery will give it this....as the tin/antimony alloy batteries do not last like LEAD ones do...they will stop accepting a charge ten percent per year...five years old is a grampa~

a cheapo scanner can read the RESET CODES~ 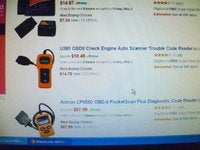 no news is good news?~

I haven't heard anything back from the mechanic, but you're saying I need to just brush the battery cable where it connects to the chassis, and get a new battery? What will the reset codes help me with?

I have a 2003 Audi TT Quattro and I am dealing with this problem. The other day it had trouble starting like it was out of fuel, but I just put some in. Then the next day it ran fine, day after that it took about 4 sec of cranking to start but started. Drove to a friends house and when I tried to start it again it wouldn't. At first I was not getting any fuel, pump wasn't coming on, so I took it out thinkin it was bad put it to the battery and it worked. Put it back in and it is now getting fuel to the rail with good pressure but still would not start but I can hear and feel it come on and the rail is getting fuel. I then had someone try to replace the crank position sensor and they pulled the three wires out off the clip that plugs into the sensor. I did the work after that. I replaced the sensor and still won't start. But when I first reattached the wires back I think I mixed the wires up. They are black white and brown. I'll post a pic. But can someone tell me what's goin on? Did I mess the sensor up by wiring it wrong, or would wiring it back right fix the problem? I need help my car refuses to start. Cranks all day tho. I heard this is a common problem 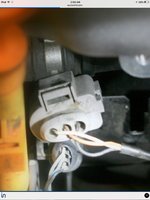 Replacing the instrument panel is a costly part that will not fix the problem if the immobilizer is enabled .

Hi guys... I have an audi TT is a wonderful car, 6 speeds Quattro 225. I always have to clean or change the battery fuse box, I fix it one day... I put one wire to another fuse box, a second one "150A" (Autozone) individuality that came from the alternator to the battery... Now it doesen´t burn the first plastic fuse box. Another thing I do is change the original from audi, the "Fan Control UNIT RELAY" 1J0 919 506K ... sometimes I just clean it with dielectric liquid spray, because the wáter of the rain get thru, the place were there are are so bad.... That kind of piece of electric part are module relay´s, when is wet it just failure- I dont know who or how they build something so bad.

I found that if you replace the cluster ,you must then replace the ecu.they have to stay together in pairs.i replace my instrument panel,everything went crazy, the immobilizer etc,but when I had the og one repaired and reinstalled it all was good again.thats what I found.cheers

Looking for a Used TT in your area?