I am replacing the Camshaft position sensor on my 2001 Dodge Dakota and since the sensor is located on the bottom of the engine, should I use dialectric grease on the electrical connector and sensor pins in order to protect them from water, rust and corrosion.

If the pins are clean and corrosion free, It's really not nessecary. But a light coating on the pins never hurt anything. Don't jam the connector full of it and plug it in though... I usually just barely coat older pins if they're chalky, if not I wipe a small amount on the outside of the rubber connector boot only and plug it back in and call it good.

Use the grease on the o ring, not the pins as dielectric grease is NOT a conductor.

Exactly. Which is why you don't use it on the pins to solve anything, only to prevent continued fouling if the boot was never installed properly and the contacts are starting to appear chalky. Then use an additional amount around the rubber sealing portion in order to prevent binding on reinstall. I have seen several people jam the connector full (even though there is no reason/benefit to), and as you correctly stated, it's not conductive. A small amount won't hurt anything if he wants 'peace of mind', again it's not nessecary.

Thanks guys for your responses. One guy told me to never use dielectric grease on low voltage sensor units. He said even a slight amount of resistance to electrical current in one sensor connector pin can cause the computer to throw a reoccurring code making you think the new part you installed is defective, or cause you to start searching for additional causes that may not even exist. Does his advice have any merit? 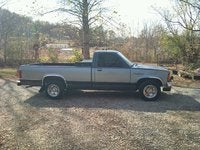 Looking for a Used Dakota in your area?