How many 1963 Grand Prix were factory produced with a 3 speed on the
column?

Pontiac Historical Services might be able to answer that question. A three on the tree was not a rare option back then.

Thanks, I have sent for mine, I just hope they kept track some how and I'm able to find out. So far I have only heard of three (3)

A "62 Grand Prix 389 was my fourth car, and I later got a "63 Catalina convertible with a tri-power 421. This question surprised me, as the Grand Prix was considered a performance car and was a pet of John DeLorean; so I didn't think that any came with 3-speed transmissions. But I've now found out that the 3-speed stick was the base transmission for all full-size Pontiacs; even the Grand Prix. I've been around Chevrolet's and Pontiac's since the "50s and have never seen a GP with that base transmission. Contact local Pontiac and Grand Prix clubs for better information as to numbers produced, and I'm SURE there are many fans who would like to see your car..... At first read of this question, I thought, "there goes another fake." But to assemble a fake like this just couldn't/wouldn't happen; too much work to add GP stuff to a lower grade, or to add a 3-speed column to a GP. I do think it's authentic.

Thank you for your honest and very informative answer, I myself have been around these cars all my life too, and like you I have never seen a Grand Prix with a three speed on a Column. I recently purchased this car from what you might say the original owner, unfortunately he passed and left it to his grand son who wasn't a car guy and sold it. It is a true original three speed Grand Prix that is in mint condition. I'll take your suggestion and contact a Grand Prix club. ( A 63 Catalina conv with 421 tri-power, WOW ) Thanks again,

I hope you'll love this car for the rest of your life. I'd like to go back to the "60s and "70s and get back a dozen of the cars I had then. But, who would have known? Still have the "66 Impala SS 396 convertible I had restored in the 80s, but I'm too tired to go through that again.

Sir, thank you for your comments, I did not buy this car to flip,I love cars and this one is here to stay not only due to its rarity ( I think ) but also the condition the original owner kept it in. I bought a 67 Impala ss,427,4 spd brand new and still have it !! I got drafted 6 months after I bought it and my cousin ended up with it when I went in the service, when I got out I bought it back, God has blessed me.

That is a super find and I hope you get an answer. I found a 66 Tempest coupe with a 326 and a column mounted 3 speed in 68 and thought it too was an oddity. Have not seen many like yours and the 63 was my favorite GP year. Post some pictures for us to see!

Thanks for your comments, I'll need my son-in-law to help with pictures, it will be a few weeks until he will be around but I'll get some for you to see. 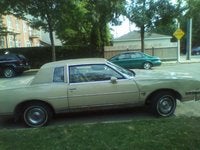 Looking for a Used Grand Prix in your area?

CarGurus has 22 nationwide Grand Prix listings and the tools to find you a great deal.