After removing the air/fuel sensor then having to cut wires to re-install it ( long story), I
keep getting P0031 error code .

There are two black wires, a blue and a white... after cutting wires to screw the sensor
back in and re-joining wires I keep getting P0031 code. I`m convinced I`ve joined the
two black wires the wrong way round but there is no obvious difference between them.
Is it possible I`ve blown a fuse/relay ? I`ve tried reversing black wires around but still
get P0031 code.Long story as to why I removed the sensor but it was working before I
removed it. My user manual is useless and doesnt locate the actual fuse/relay.. not
even sure if it even has one... anyone with an idea ???

I am assuming you mean the heated 02 sensor? did you put in a new one? anyway, once you are sure the wiring is correct use a code scanner and turn off the check engine light. if it doesn't come back then you have fixed the problem. if it does, check for bad wiring spots.

The oxygen AKA the fuel/air sensor.. not the lambda sensor. It was the original sensor put back in. But there are 2 black wires that are identical in colour so I may have wired both up the wrong way. First thing Im asking is that if there is a fuse/relay that could be shorted by wiring up wrong way, then where is the fuse/relay located.

This is the sensor 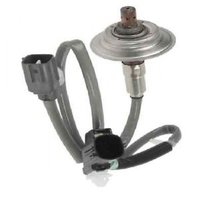 As far as I know, there are no fuses or relays associated with the 02 sensors.

Well that would narrow it down to just maybe a bad connection... Cheers Mike 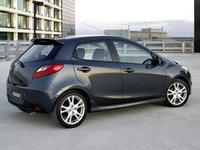 Looking for a Used MAZDA2 in your area?